The Vienna-based accordionist Nikola Djoric is considered one of the greatest talents in his field in Austria. Not least thanks to his great musical devotion on stage, he has already been called a “Poet on the Accordion” (Basellandschaftliche Zeitung).

His successful quest to present new and hitherto unknown colours in works ranging from Bach to Beethoven, Mozart and Scarlatti with the sound spectrum of the accordion regularly causes jubilation among concertgoers. Nikola Djoric is active in various musical formations, including with cellist Ana Topalovic as Duo Arcord, with members of the Vienna Philharmonic as Ensemble Wien and with the Signum Saxophone Quartet as SignumFIVE. He gained a lot of critical acclaim and was able to convince audiences and critics of his musical abilities on important concert stages such as the Philharmonie in Cologne, the Musikverein in Vienna, the Konzerthaus in Berlin, the Gasteig in Munich as well as at the Beethovenfest in Bonn.

His collaboration with the cellist Ana Topalovic (Duo Arcord) has taken him not only to numerous concerts in Austria but also to Poland, Germany, England, Croatia, Italy, Hungary, Slovakia, China, Romania and the Ukraine. He has performed in such renowned concert venues as the Brahms Hall of the Vienna Musikverein and the Chamber Music Hall of the Munich Gasteig.

Upcoming projects have been developed in collaboration with the label Berlin Classics and NO-TE Produktion. The new solo album Pictures with music by Mussorgsky and Tschaikowsky will be released in April 2019. In November 2019, there will be another recording with the Kurpfälzisches Kammerorchester Mannheim and works by Bach and Piazzolla. Upcoming concert appearances will take Nikola Djoric together with Ana Topalovic as Duo Arcord on a tour to Austria (‘Jeunesse Musicale’), Japan, China and Russia.

Nikola Djoric is very committed to New Music and has collaborated with many composers. In 2018, he performed the work Kolo by the Serbian composer Aleksandar Sedlar together with the Philharmonic Orchestra Irkutsk in the Great Hall of the Vienna Musikverein. The highlight of his long collaboration with Austrian composer Johanna Doderer was the premiere of the accordion concerto Ozean DWV100 with the Tyrolean Chamber Orchestra InnStrumenti conducted by Gerhard Sammer. To date he has premiered a total of 15 works by the composer, a selection of which has been recorded and released on CD in 2018 by the Capriccio label. Further world premieres have taken place in collaboration with the composers Gabriele Proy, Akos Banlaky, Ricardo Tovar, Elzbieta Wiedner-Zajac, Adrián Artacho, Wen Liu, Alexander Chernyshikov and Lukas Neudinger.

Important competition successes in his career include first prizes at the Fidelio University Competition at the Vienna Conservatory in 2009 and 2011. The competition receives strong media attention in Austria and has led to numerous international engagements.

Nikola Djoric studied with Svetlana Kravcenko, Jovica Djordjevic and Grzegorz Stopa, with whom he completed his studies at the Vienna Conservatory in 2013 with a Master of Arts degree.

“His tonal colouring and convincing articulation speak for themselves.” 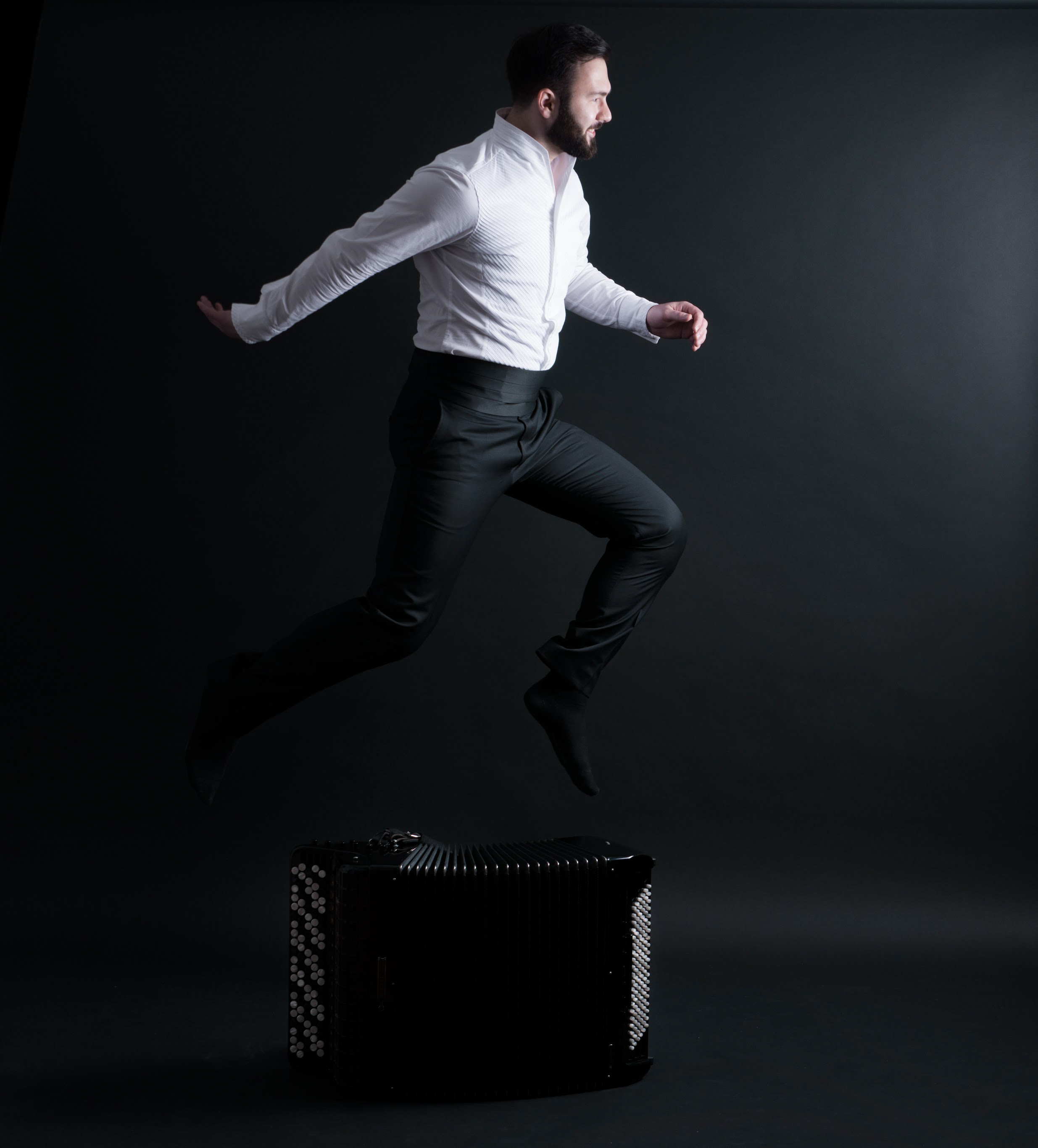 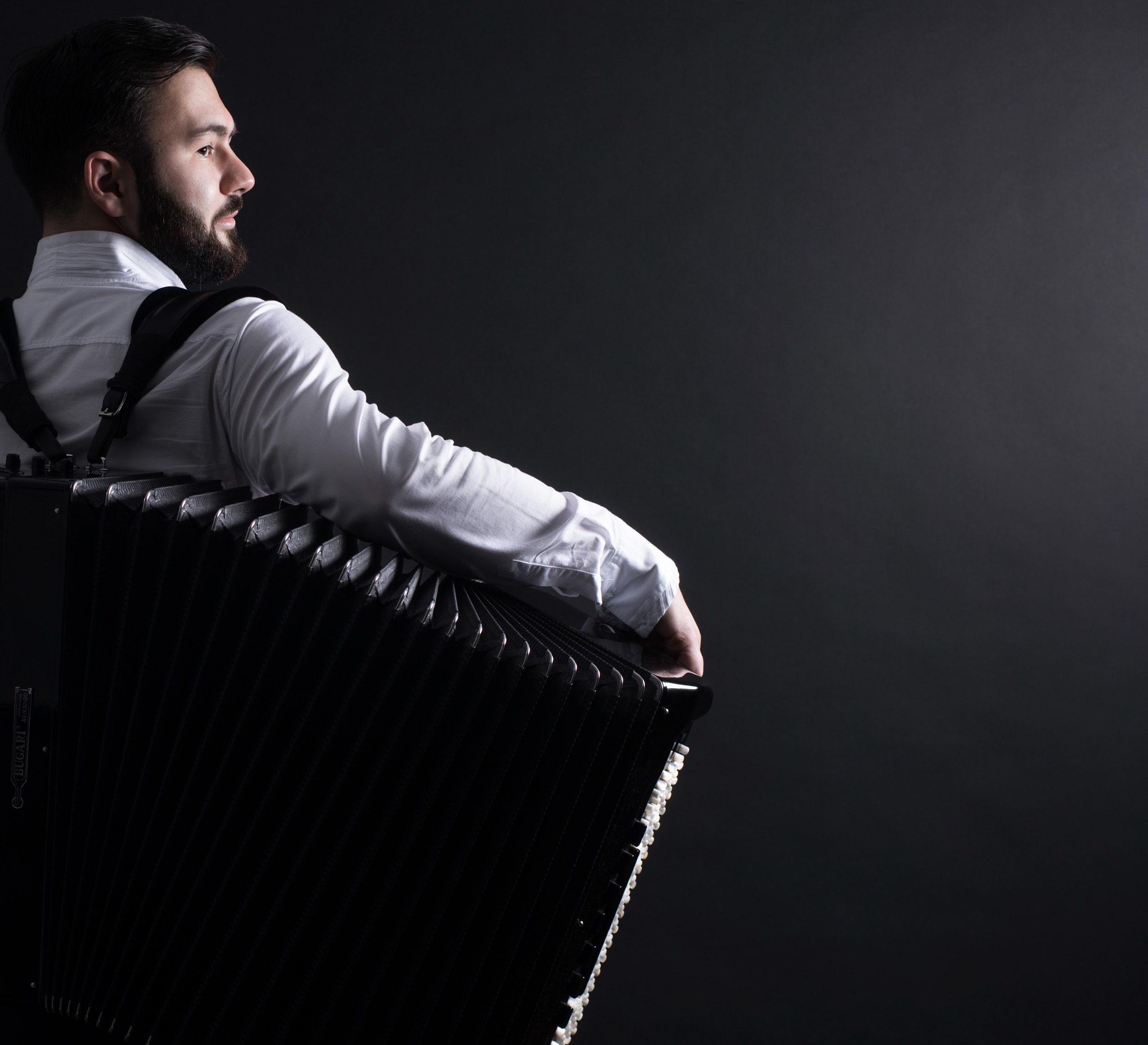