Pianist Ivan Ilić is an “adventurous pianist” who “likes his music on the brainy side” (The New Yorker). His repertoire stretches from the virtuosity of Leopold Godowsky’s Chopin Etudes to the abstract calm of Morton Feldman. When he is not on tour, he co-produces short films, writes essays about music for Gramophone, BBC Music Magazine and Music & Literature, and co-produces radio series for Radio Télévision Suisse. His commitment to understanding composers in all their complexity – then communicating that insight intelligibly to a wide audience – has made him a unique presence on the international musical landscape.

While the music world becomes saturated with Beethoven’s 250th anniversary celebrations in 2020, his friend and exact contemporary – Czech composer Antoine Reicha (1770-1836) – will also enjoy a renaissance. Trailblazing pianist Ivan Ilić will make premiere recordings of many of Reicha’s solo piano works as part of a 5-album Reicha Rediscovered series for Chandos Records.

In August 2019 he will release a related CD with Chandos, of solo piano transcriptions of Haydn’s Symphonies by Carl David Stegmann, a fascinating forgotten contemporary of Haydn’s who arranged the Symphonies for Simrock in the early 1800’s.

»Ivan Ilić shows that Reicha was equipped with a rich array of ideas, and he succeeds in showing off these ideas in a colorful way.«

»In this pianist, Reicha’s music has the best possible advocate«

Antoine Reicha was born in Prague and moved to Bonn at age 15, where he befriended Beethoven. Subsequently, he spent five defining years, from 1794 to 1799, in Hamburg with intensive studies in music, philosophy, and natural sciences. After a first stay in Paris, he, as Beethoven before him, eventually moved to Vienna in 1802, where he studied with Haydn and composed plentifully. He then finally moved to Paris in 1808, where he became one of the most sought-after professors at the Paris Conservatoire – his students included Berlioz, Liszt, Franck, Gounod, and many others.

Although best known for his contributions to wind quintet repertoire, Reicha wrote vast quantities of solo piano music, much of which is unrecorded. Numerous manuscripts languished in the Bibliothèque Nationale de France and were published only recently – and finally brought alive by Ivan Ilić.

These premiere recordings confirm Reicha as an authoritative, singular voice, whose piano works complement and enrich our understanding of Haydn, Beethoven, and their contemporaries. Volumes 1 & 2 of the „Reicha Rediscovered“ CD series on Chandos Records was widely acclaimed in the British, French, German, Swiss and Italian specialized press, and led to a feature article in the New York Times coinciding with the release of Volume 2.

Ivan’s newest project, the premiere recording of Haydn Symphonies transcribed by Carl David Stegmann (1751-1826) will be released in August 2019. Born in Staucha (Saxony) and educated in Dresden, Stegmann was a well-respected singer, harpsichordist, and composer. He sang in the first German-language production of Don Giovanni, and produced and conducted operas by Mozart, Salieri, and Gluck. In addition to Stegmann’s own six operas and Singspiele, he made strikingly fluent piano transcriptions of several Haydn symphonies. The transcriptions – published in 1813 by Musikverlag N. Simrock – were completely forgotten until recently. They have never been recorded, and no evidence of performances has survived. 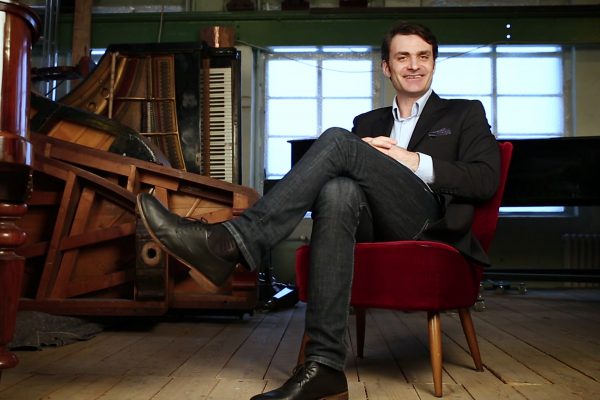