She spent her childhood and youth in the Arctic Circle, looking out of the window at the polar sea with its clear air, observing the seemingly chiselled slabs of ice in the winter and enjoying the magical colours of the tundra in the summer. It was a life that shaped her pianistic sense of clarity, structure and colour, giving rise to an almost timid sensitivity and profound emotion.

In her album Rachmaninov – Early piano works: The Depth of the Unspoken she showed herself to be a brilliant interpreter of Rachmaninov, drawing on “great feeling and astonishingly creative energy and depth” (Concerti) to impressive effect. Her recent CD Turning Point once again captured her instinctive flair for and affinity with the Russian composer’s music. Her versatility was notably demonstrated by her highly acclaimed live recordings of piano concertos by Mozart and Chopin, made in collaboration with the Klassische Philharmonie Bonn under the direction of Heribert Beissel. Both recordings feature an impressive transparency and lightness while eschewing expressive virtuosity and exaggerated pathos: “a notable moment in the history of Chopin interpretation” (Fanfare); “a sense of spontaneous invention” in Mozart’s K271 (Gramophone).

Ekaterina, who grew up in the town of Anadyr by the Bering Sea in the north-eastern extremity of Russia, followed an unconventional path in her development as a pianist. She learnt to play the piano at her local music school with unforced, passionate spontaneity. At 15 years of age she went to study at the Moscow State Frédéric Chopin College of Music, an institution that has notably influenced the emotional aspect of her performance. Upon moving to Germany, initially to the Cologne College of Music and Dance and then to the master class of Bernd Glemser at the Würzburg College of Music, she acquired a new, analytical perspective on piano playing and drew on her experiences in Russia to develop her highly distinctive pianistic style. Ekaterina Litvintseva gained further valuable inspiration from her studies with Robert Kulek, Rudolf Kehrer and Andrzej Jasinski.

Ekaterina gives concerts worldwide as a soloist and together with renowned orchestras in Russia, Poland, Germany, Italy, Israel and Romania. Of particular note are her concerts with the Klassische Philharmonie Bonn and Heribert Beissel, with whom she went on two major tours of Germany’s most prestigious concert halls in 2012, 2015 and 2017, performing at such venues as the Stuttgart Liederhalle, the Beethovenhalle in Bonn, the Meistersingerhalle in Nürnberg, the Berlin Konzerthaus and the Hamburg Laeiszhalle. Her latest tour featured her in a live broadcast of Brahms’s first piano concerto, recorded for release on CD in the spring of 2018.

Since 1996 Ekaterina has attained several diplomas and won numerous prizes, notably the transregional Young Talents of Chukotka competition in Anadyr at ten years of age, the piano contest at the 2008 Tel-Hai International Piano Master Classes in Israel, and since then the Città di Cantù international competition for piano and orchestra, where her Mozart won her the “Classical Piano Concerto” award, and the International Piano Competition of Her Royal Highness Princess Lalla Meryem in Morocco.

The needle in the haystack seems to be a suitable metaphor for the search for outstanding talents in the sheer infinite cosmos of gifted pianists. If successful, it may feel like a revelation. Ekaterina Litvintseva is a case in point. Already after three published CDs with early piano works by Sergei Rachmaninoff as well as celebrated live recordings of piano concertos by Mozart and Chopin, she now releases her fourth album turning point with the label Profil. Once more, it is dedicated to the early works of Russian composer and features the Morceaux de Salon, Op. 10 and the impressive but seldom heard Variations on a Theme of Chopin, Op. 22.

“She fathoms out the music in an empathising, cautious manner, with a masterly virtuosity that is hinted at here rather than showcased”

With her album Rachmaninov – Early piano works: The depth of the unspoken, she has already shown that she is »a great talent!« (SR 2 KulturRadio, 2014) and a sublime Rachmaninov-interpreter who knows how to convince both audience and critic »with a lot of feeling and an impressively creative power and depth«. Once again, one can experience her sense and her affinity for the works of Russian composer: »I think that music, both composed and played, is influenced by the origin. My temper is also Russian, since I was born and raised in that country. And of course, I feel Russian. I can very well understand Rachmaninov’s music – not only things that can be found in the notes, but I can intuitionally feel what he was trying to say. Hopefully am I able to convey this to the listener.«
After Ekaterina has already recorded the waltz from the Morceaux de salon as bonus track for her first Rachmaninov-CD, she now addresses herself to the whole cycle with this her new project. The seven pieces were written in a turbulent period during December 1893 and January 1894. By this time, Rachmaninov succeeded with some compositions such as the Morceaux de fantaisie, op. 3 including his famous Prelude in C-sharp minor or his opera Aleko. On the other hand, he was shocked by the deaths of his teacher Nikolai Zverev and his great model Pyotr Tchaikovsky. The cycle consists of character pieces of different kinds as they were writtten by pianist-composers such as Chopin. It was Chopin’s Prelude in C minor that served as example for Rachmaninov’s large-scaled Variations, Op. 22, composed between 1902 and 1903: »I guess the main idea was to experiment on a variety of moods in one single work. When you consider each variation as an independent piece, you recognize a wide range of stylistic diversity, from Bach via Chopin through to Tchaikovsky. Both the difficulty and my task were to play the whole piece as one unit, precisely because there are so many variations in so many different styles.«

Ekaterina, born and raised in the town of Anadyr in the north-eastern extremity of Russia by the Bering Sea, followed an unconventional path in her development as a pianist. She learnt to play the piano at her local music school with unforced, passionate spontaneity. At 15 years of age she went to study at the Moscow State Frédéric Chopin College of Music. Justifiably, she was not only shocked by the metropolis’ size, since she started to work on her pianistic base – although she was already playing Rachmaninov. Upon moving to Germany to the Cologne College of Music and Dance, she acquired a new, analytical perspective on piano playing and drew on her experiences in Russia to develop her highly distinctive pianistic style: »In my case, they put emphasis on the emotional part of piano playing. In Germany, I have learned both to read and to understand the musical text – the structure and the development of the phrases…followed by the emotions. This connection is very important and I have learned to combine those both sides.« She has remained true to this credo also for her second Rachmaninov album: »For these pieces, especially the variations, it was very important for me to bring out Rachmaninov’s intention and the structure. It needed to sound very transparent and clear, with only few use of pedal, and well structured, so that one can imagine how it should sound. Sometimes, Rachmaninov is only perceived as a great virtuoso and he is played with great emotionalism, very brilliant and very loud…that is really too bad, because there is so much getting lost that one could show.«
It may not come as a surprise that Ekaterina is also an excellent Chopin-interpreter and moreover one with an unconventional approach. The live recordings of both concertos were brilliant due to their transparency and lightness, instead of an expressive virtuosity and exaggerated pathos: »This is a notable moment in the history of Chopin interpretation« (Fanfare, 2016). The recording (label Profil) was made together with the Klassische Philharmonie Bonn under the baton of Heribert Beissel and has already been released in spring 2016. If you are interested we will gladly send you a sample of this CD. 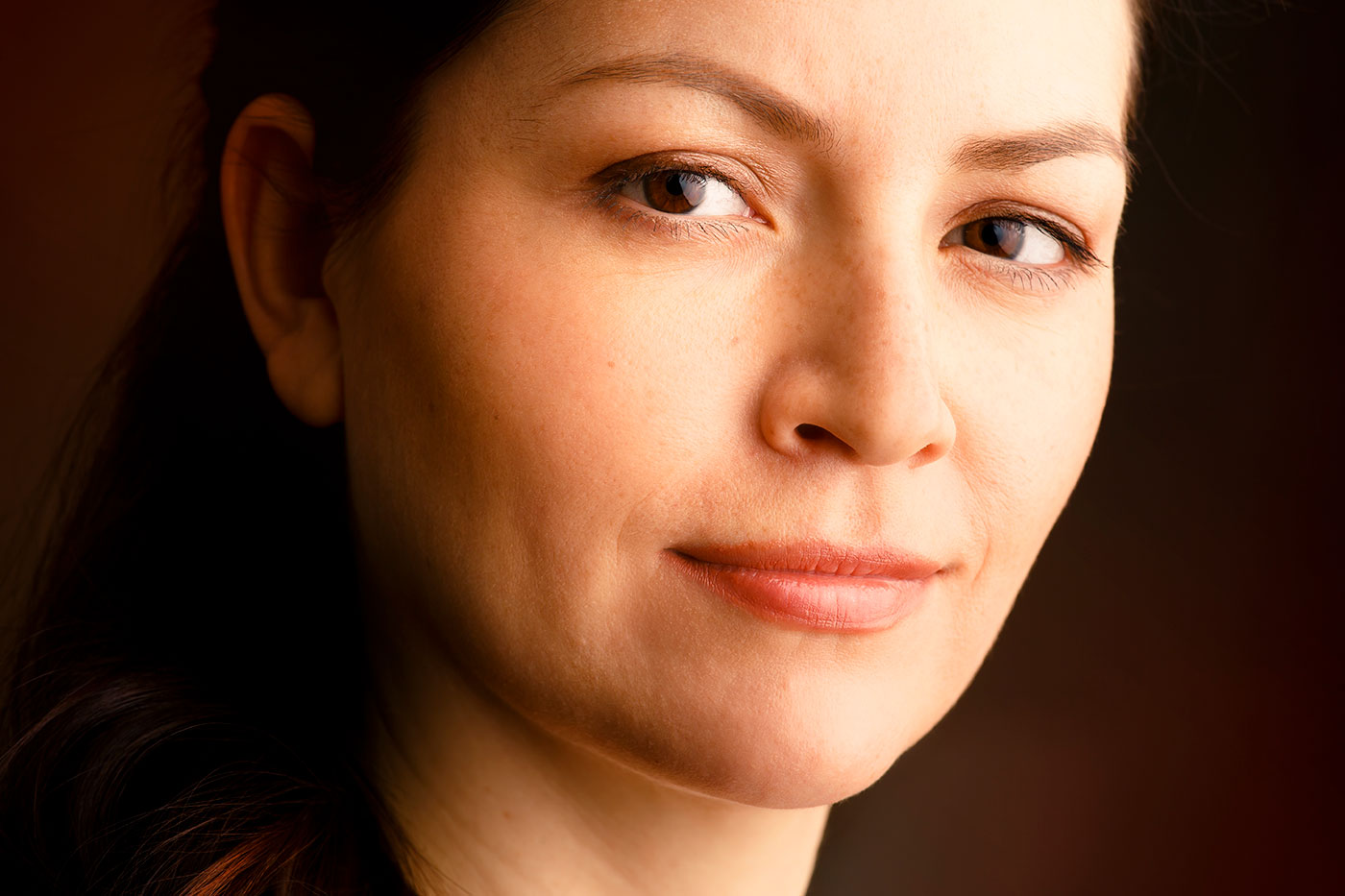 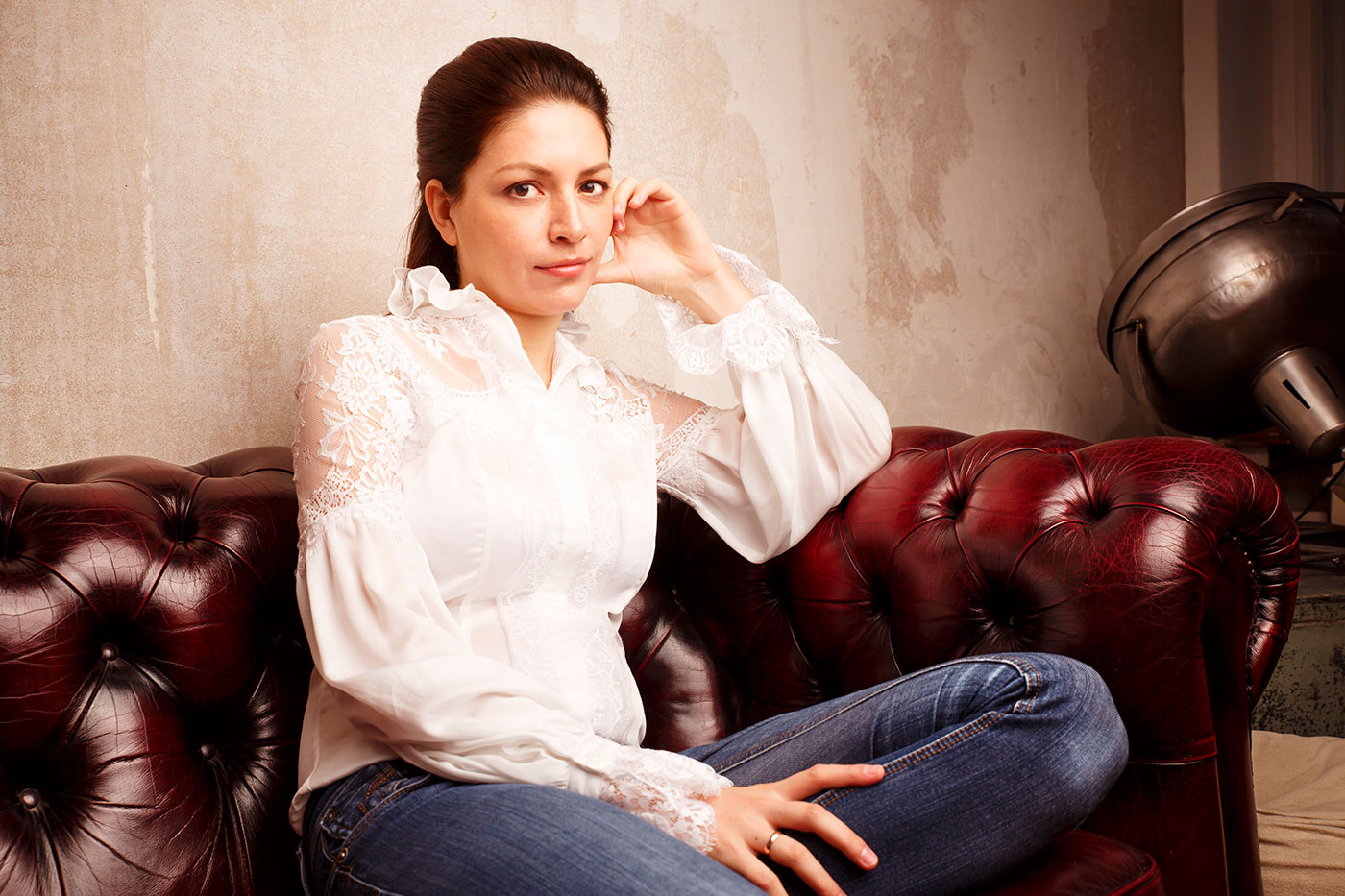